The Importance of Salah In The Islam 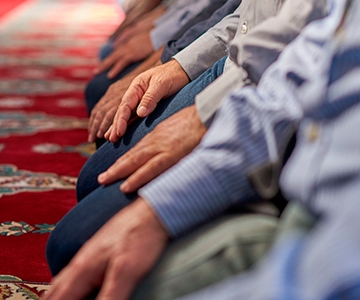 The prayers are recited in the Arabic language and consist of an ayah from the Qur’an. It is the sought after shelter of the repentant, the safe place for the frightened, the best asset of the hard-working and tranquillity for the worshippers’ hearts.

Salah starts with Takbeer (saying Allaahu Akbar Meaning: Allaah is the Greater), and ending with Tasleem (saying: as-salaamu ‘alaykum waRahmatul-lahi wabarakatuh Meaning: May Allah’s Peace, Mercy, and Blessings be upon you).

Moreover you must not forget the importance of presence of mind and humility in prayer, for this is the ultimate purpose of standing before Allaah in prayer. The more you can develop the attitude of humility and submission in prayer as described to you in the prayer of the Prophet (peace and blessings of Allaah be upon him), the more benefits you will reap, as indicated by our Lord when He said (interpretation of the meaning):