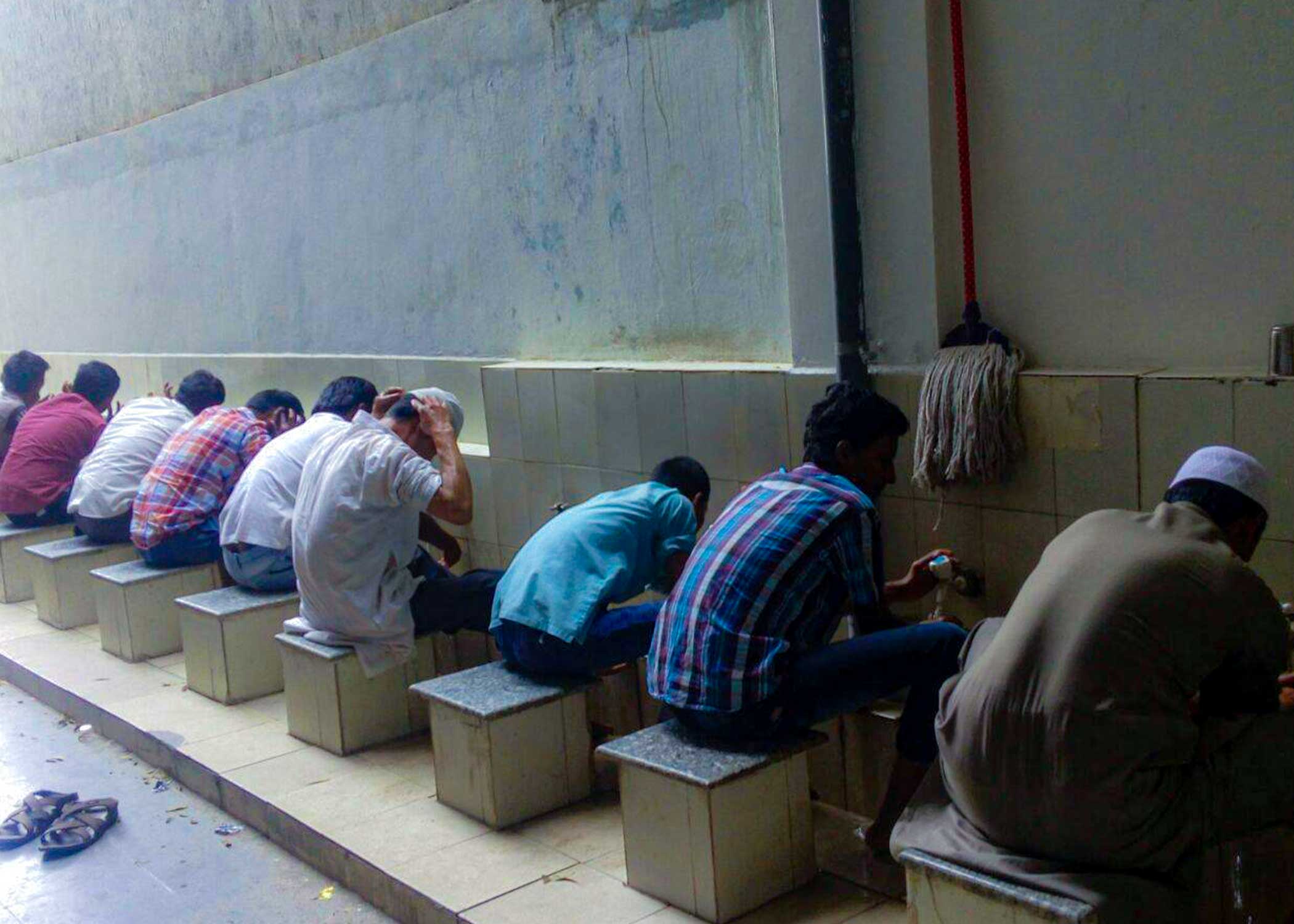 Firstly we praise Allaah for having guided you and opened your heart. We ask Allaah to make us and you steadfast in obeying Him. We appreciate your efforts to learn about your religion and we advise you to strive to acquire knowledge so that your worship will be correct. Try to learn Arabic so that you will be able to read Qur’an and understand it properly. We ask Allaah to bless you with beneficial knowledge.

With regard to how wudoo’ is to be done, there are two ways.

1 – Obligatory parts of wudoo’, which are as follows:

(i)Washing the face completely once, which includes rinsing the mouth and nose.

(ii)Washing the arms up to the elbows, once.

(iii)Wiping the entire head, including the ears.

(iv)Washing the feet up to ankles, once.

What is meant by once in all the above is that the entire part of the body mentioned must be washed thoroughly.

(v)This must be done in order, so one washes the face first, then the arms, then wipes the head, then washes the feet, because the Prophet (peace and blessings of Allaah be upon him) did wudoo’ in this order.

(vi)This must be done continuously, i.e., the parts of the body must be washed one after the other with no lengthy interruption between washing one part and the next.

These are the obligatory parts of wudoo’ which must be done in order for wudoo’ to be sound.

The evidence for these obligatory parts of wudoo’ is the aayah in which Allaah says (interpretation of the meaning):

“O you who believe! When you intend to offer As-Salaah (the prayer), wash your faces and your hands (forearms) up to the elbows, rub (by passing wet hands over) your heads, and (wash) your feet up to the ankles. If you are in a state of Janaaba (i.e. after a sexual discharge), purify yourselves (bathe your whole body). But if you are ill or on a journey, or any of you comes after answering the call of nature, or you have been in contact with women (i.e. sexual intercourse), and you find no water, then perform Tayammum with clean earth and rub therewith your faces and hands. Allaah does not want to place you in difficulty, but He wants to purify you, and to complete His Favour to you that you may be thankful” [al-Maa’idah 5:6]

There is no difference between men and women in the way wudoo’ should be done.

The conditions of wudoo are: being Muslim, being of sound mind, having reached the age of discernment and having the intention of doing wudoo’. Wudoo’ is not valid on the part of a kaafir, an insane person, a small child who has not yet reached the age of discernment or one who does not have the intention of doing wudoo’ because his intention is to cool himself down, for example. The water must also be pure (taahir), for impure (naajis) water cannot be used for wudoo’. One must also remove anything that could prevent water from reaching the skin and nails, such as nail polish.

It is prescribed to say Bismillaah according to the majority of scholars, but they differ as to whether it is obligatory or Sunnah. If one remembers to say it, it may be said either at the beginning of wudoo’ or during it.